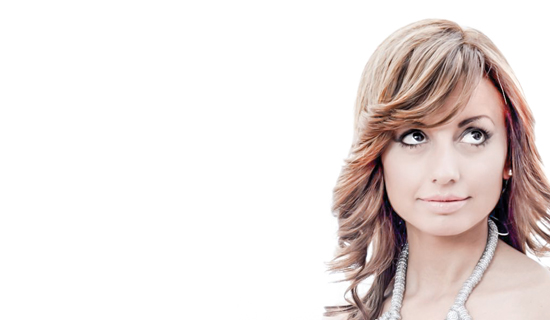 Today I was walking down the streets of of Piacenza and the notes of Zerlina’s entrance, in the first act of Don Giovanni, kept playing on a loop inside my head. Mozart can be quite breath-taking! I’m writing about him in the present tense, because the further I progress in my knowledge of his work, the more contemporary his language seems to me, which makes me want bring it closer still to our own. Was he aware that he would be getting straight through our minds and to our hearts with the overwhelming power of his melodies? Not entirely, perhaps. And yet…

A long time ago, in January, someone was born, whose existence was to prove crucial to the whole of humanity – not just the musicians among us. Leopold (the commanding and yet attentive court composer) had no idea that, in two hundred years time, the bells of the austere city of Salzburg would be echoing a fragment from a renowned opera, composed by the child that was growing in his wife’s womb. Mozart was yet to be born and Europe was cold and shaken by turmoil, caught in a vicious circle of wars, epidemics, famine and poverty.

Today we can not conceive a world with no Mozart in it, because he has become a part of our collective identity. Mozart speaks to us in a language to which we can immediately relate and that feels thoroughly familiar. If we consider certain passages in “The Marriage of Figaro” or “The Magic Flute”, we might be tempted to say that we could have come up with that particular “tune” just as easily, and that proves how deep beneath our skin Mozart music has got.

I like to get to know a composer, before tackling their operas: I find it fascinating. A composer’s influences are built in the course of a lifetime and each composer’s life history is interesting for us to study. There’s scope for speculation, for instance, on how Mozart had learnt to interpret reality. In his father’s letters, there are plenty of references to his childhood experiences and acquaintances and to the ways in which he would express affection. Those letters make for an endearing reading and also constitute a body of knowledge that, I find, resonates in Mozart’s works. They enable us to accompany Mozart himself in his journey, offering us the human side of a celebrated genius.

I could probably carry on writing for hours about what I imagine Mozart to have been like, particularly after reading certain interesting and captivating books on the subject, but you’d probably rather make up your own idea of him. What I want to do today is focus on the relationship between Zerlina and Don Giovanni. Why? Because when I first sang that role, years ago, I was not ready. And not because I had not been studying hard enough, but because certain details can only be grasped with time and maturity. There are undertones that can only be appreciated by those who have experienced them directly, connotations that are not meant to be rationally understood, but rather felt, by developing a deep empathic connection to the character. Each role is strongly characterised from the physical point of view and it can only come natural to those singers who gain a deep understanding of both the character’s nature and its psychological profile and how to tackle it with the tools of our time. It is not a matter of adaptation, rather of responsible research, which, to theatre and music lovers, feels incredibly liberating and enriching.

Let’s go back to Don Giovanni.

Zerlina enters in her bridal dress and Don Giovanni can hear the sound of celebration ( the “tune” that I kept humming to myself under my scarf today). Why do you suppose Don Giovanni is drawn to Zerlina in particular and approaches her in a way that departs greatly from his attitude towards the other women in the opera? What might have passed between two people who had not previously met, to make him speak to her like that (“Al fin siam liberati Zerlinetta gentil da quel scioccone…”) when they are alone? He couldn’t have invited her for the evening, as the custom of the age dictated, nor for the following day, because she had just got married. He had never seen her before and it was not like him, as far as we know, to waste his time on clumsy lines. In the words that she and the choir have been singing there are no personal references, no concealed messages to Don Giovanni, just the celebration of a joyful ritual. The same words are repeated in an almost childlike manner (in a passage that proves particularly hard for a soprano’s tessitura, as it requires complex articulation in a connecting piece, in a constant state of tension, with hardly any slack). Her answer, when Don Giovanni asks her name, is supposed to be a total revelation. In her tone and in the sound of the world “Zerlina”, in the way it is pronounced, on a descending scale, there are all the elements that Don Giovanni needs. There are undertones that are only intelligible to the two of them, in the confusion of the moment, because they are very much alike. They start playing with one another and, unlike the other couples we meet in the opera, they probably would have had a mutually enjoyable time together, were it not for Donna Elvira’s timely entrance, because they are both intimately free and well capable of forgetting their current circumstances to start anew.

Let’s get back to their first encounters and to the words he uses to seduce her: I think there is genuine mutual attraction between them. On one hand, she knows from the start that she is taken and that he has understood her completely at first glance and she delights in this knowledge, on the other hand though, fear hampers her attempts at dealing with something that is clearly out of her control, for a number of reasons. It’s obvious that Zerlina has never before been seduced like that, no-one has ever before caught her so neatly and she probably does not embody the stereotype of the sweet-faced, golden-haired maiden. And yet a fateful melody, which grows into a duet, carries them both to another dimension. She tells herself that she is sorry for Masetto (who is only referred to as the good man to whom she is married), but as she sings “presto, non son più forte” she is actually encouraging Don Giovanni’s endeavours and she appears helpless and unable to resist him. The couple is caught in a spiral of blossoming passion and it is clear that, despite the ambiguous nature of their dialogue, the magic is not entirely dispelled by Donna Elvira’s arrival. It is also worth noticing how the repeated word “Andiam, andiam…” is followed by an almost childish melody, which is intimately pure and does not carry any sexual or transgressive undertones. Something extraordinary is happening, Mozart makes that very clear for us.

There are other elements that come in useful when trying to understand Zerlina, such as the fact that she later resists Don Giovanni when he approaches her in a rougher manner. In fact, she cries for help, suggesting that she is now disillusioned and possibly mourning her first ever glimpse of true seduction. Life after Zerlina would probably have been the same for Don Giovanni. Probably. But not the other way round. We can see that in the way she faces her own husband. At first she appears upset and she lets slip that she has been “deceived” by the knight, but she pulls herself together quickly and ensnares Masetto with her newly found weapons of seduction, proving just how well she has learned Don Giovanni’s lesson. So much so that the 6/8 “Pace, pace, vita mia…” at the end of the aria reminds us of “andiam, andiam, mio bene…” at the end of “Là ci darem la mano…”.

Zerlina is irrefutably sensual all along, she proves that in her connection to Don Giovanni and as the story unfolds. Mozart has given her and Don Giovanni some magnificent melodies, such as “ah , lasciatemi andar via…” to which he answer by calling her “gioia mia” and sharing an enthralling musical theme. As the festive theme resumes, we can see that everything has changed. Zerlina’s innocence has disappeared from the music. If it was ever there, now it’s gone. Was Zerlina truly innocent at the beginning, or was she just on the lookout for the right opportunity to reject her life as a peasant? Who was Zerlina? Mozart gives us a few hints. It’s up to us to dig deeper, it is a treasure hunt.

There is much more to say about this opera and I might get back to it in a future post, but right now I want to share with you a curious fact that a maestro pointed out to me some time ago, regarding the finale: without Don Giovanni all the characters look lost, except Zerlina and Masetto. They are the only ones that seem to be getting somewhere. And this is what still gets me thinking: do the scales weigh in favour of good or evil? Are Mozart’s characters’ apparent misfortunes truly a godsend? How do they influence each other and us? Is there wisdom to be found in the winding path of the love stories that we sing or listen to? Life’s eternal questions are deeply embedded in musical history, particularly in immortal operas such as Don Giovanni. The Theatre is where we get to see the outlines of our own world, but then it is up to us to look farther into it and to take pleasure in this endless search.

I love Mozart, I love his playfulness, the masterful way in which he sketches portraits of the aristocracy of his time and the light touch with which he manages to connect it to the rest of society, thus improving it and humanising it. Distances are never impossible to bridge in Mozart’s operas. His world offers us plenty of opportunities for wonder and amazement.
My best wishes to every future “Zerlina” (myself included): let’s get to work!